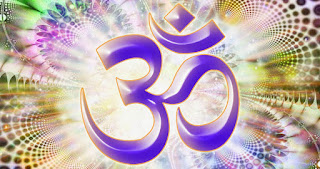 
It is said that Brahma the creator introduced Sanskrit language to the Sages of celestial bodies. Therefore, this language is also called Deva Vani, which means the language of gods.  The earliest form of Sanskrit language was Vedic Sanskrit that came approximately around 1500-200 B.C.E according to the Historians. This was the period when knowledge was imparted orally through the generations.  But according to the Sanaathana Dharma of the Hindus, Sanskrit has been in use from the past several thousand years. Prakrita language, which evolved from Sanskrit was the language of the common people.

The Sanskrit language, what ever be its antiquity, is of a wonderful structure, more perfect than the Greek, more copious that the Latin, and more exquisitely refined than either, yet hearing of both of them a stronger affinity, both In the roots of verbs and in the forms of grammar, than could be possible have been produced by accident, so strong indeed, that no philologer could examine them all three, without believing them to have sprung from a common source, which, perhaps, no longer exists;  there is a similar reason, though not quite so forcible, for supposing that both the Gothic and the Celtic, though blended with a very different idiom, had the same origin with the Sanskrit;  and the old Persian might be added t the same family.

I have great love for the Sanskrit language and hence, decided to start a blog on this.  Though I am not a scholar and only a learner, I have decided to post all that I know about this language in this blog.

When a person wants to learn the Sanskrit language, the first hurdle he/she will face is the lack of proper study materials needed for the study.  Keeping this in mind, what ever I have studied I will be faithfully recording it here for others to take benefit.

I have created various pages for each specific course…… namely

Links have been provided to these sites from below.
Posted by RAVIKONDDA at 4:00 PM No comments: